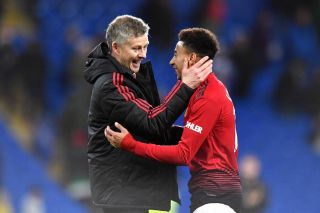 Manchester United are set to table an offer to keep Jesse Lingard at Old Trafford.

That is according to the Daily Star, with claims West Ham are struggling to meet the asking price for the Manchester United midfielder, who pulled up trees in London after joining David Moyes’ side on loan in January for the second half of the season.

The Hammers ended up securing European football as a result and it looks like their fans are about to become disappointed with any hope of securing a deal for Lingard appearing dead in the water.

In fact, Lingard is set to be offered a new three-year deal by United. The 28-year-old has one year to run on his existing deal and I would think several clubs are looking at him this summer.