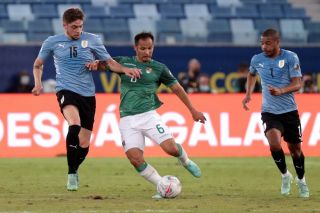 The claim from TNT Sports Argentina outlines that River Plate would demand around €20m, which is affordable, especially for a player who is playing for Uruguay at the Copa America.

That might give United a chance to keep a close eye on De La Cruz and I’m sure fans will be keeping an eye on what the midfielder could bring to the table at Old Trafford.

Reports suggest is prefers to play in an advanced position, which could make him a potential target if Paul Pogba is to leave the club, but as things stand United are not selling the Frenchman.