Juventus and Real Madrid are monitoring Paul Pogba’s contract situation, according to reports. The midfielder is out of contract next summer and is free to negotiate pre-contracts with foreign clubs in just six months’ time.

The 28-year-old is currently on international duty with France but is set to dominate headlines this summer, with a move away from the club seemingly not ruled out yet amid uncertainty over his contract.

According to Turkish journalist Ekrem Konur, Manchester United are in talks with Pogba over a new contract and want to extend his deal for a further three years. But Real Madrid and Juventus are both keeping close eyes on the situation.

👥#ManchesterUnited managers are in talks over a contract extension with Mino Raiola. 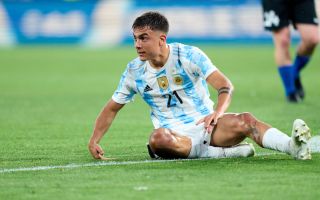 Pogba left Manchester United on a free transfer in a similar fashion nine years ago when contract talks stalled in his final year, sparking interest from Juventus who swooped in later that summer.

Real Madrid are said to have had a longstanding interest in Pogba but financial troubles at the Spanish capital club have hampered their ability in the transfer market.