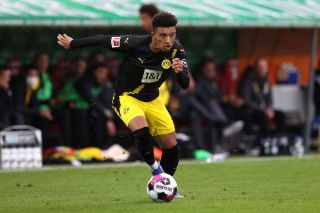 Jadon Sancho will more than double his wages when if he joins Manchester United, as the transfer edges closer.

That’s a 150% wage increase – which is a significant boost ahead of his potential move to the biggest club in the world.

Meanwhile, The Athletic claim that the two clubs are nearing an agreement over the sale of Sancho.

With that, Sancho will be tasked with being a talisman for United in the future. He will be given time to find his feet at the club but adapting to the English game shouldn’t be too difficult for the former Man City youth player.

United obviously believe in Sancho as another star to build the team around. At 21, he still has plenty years of developing and I wouldn’t worry too much about Gareth Southgate’s bizarre pecking order at Euro 2020.