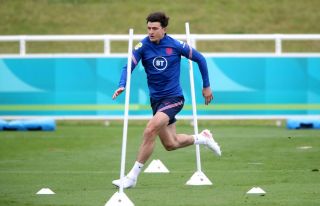 Following a month of being sidelines during which he missed Manchester United’s Europa League final against Villarreal, Harry Maguire missed England’s opening two matches at Euro 2020 before playing in their final group game.

England have secured qualification to the last-16 and Gareth Southgate has been given a boost by both Maguire and Liverpool skipper Jordan Henderson available for selection again.

They take on Germany in the next round and all eyes will be on Southgate’s selection – not that Jadon Sancho should have any interest.

Anyhow, regarding the recent involvement of Maguire, Shearer wrote the following in his BBC column: “On top of that it was important Harry Maguire and Jordan Henderson both got some minutes because they are going to play a big part from this point onwards.

“Maguire played the full game on Tuesday and he made us look like a better team all-round – not only was he solid defensively, he also got us on the front foot with some of his forward passing – he was fizzing the ball into Harry Kane, which was really good to see.”

Tyrone Mings did superbly in Maguire’s place while the United captain was out injured with ligament damage, but Southgate is taking no chances as England look to go all the way at the Euros.

Some are suggesting that he could play three at the back, with two wing backs, against the Germans – meaning Maguire, Mings and John Stones in the heart of defence.

Let us know what you think of England’s chances against Germany next week?