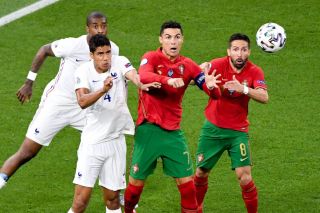 The Manchester Evening News claims a move for Varane is ‘progressing slowly’ with United aiming to recruit a centre-back this summer.

A top class centre-back signing is one of the key ingredients needed at Old Trafford for next season. Harry Maguire has returned for England and we hope he can stay fit between now and the start of the 2021/22 Premier League campaign – to open a new chapter alongside a different defensive partner.

Varane is out of contract next year, so Real Madrid could run the risk of losing him for free in 12 months’ time. They won’t like the idea of a Bosman deal.

It also sounds like the Frenchman wants out of the Bernabeu after 10-years.

The new appointed Carlo Ancelotti has his work cut out for him, having to replace Sergio Ramos – not to mention Varane yet.

United have also held dialogue with the representatives of Villarreal defender Pau Torres but Varane is believed to be their preferred target.