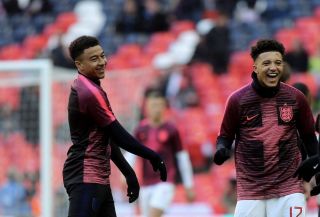 That’s according to a recent report from the Evening Standard, who claim Sancho’s proposed arrival will see current midfielder Jesse Lingard seal a permanent transfer to West Ham.

Lingard spent the second half of last season on loan with the Hammers.

In what was a hugely successful six-month loan spell, Lingard reignited his career by way of nine goals and five assists in just 16 matches.

However, despite showing some of his best form last season, it is looking increasingly more likely that Lingard’s long-term future lies away from Old Trafford.

The Evening Standard claim that should Sancho seal his dream move to United this summer, Lingard will be pushed further out the door, with the Hammers poised to turn his recent loan move into a permanent one.