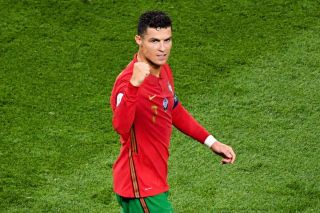 The Portuguese Goal God scored another brace on Wednesday night, both from the spot against France to help the reigning champions book a place in the last-16.

And at the age of 36, Ronaldo is obviously going to start showing signs of slowing down, but he is still delivering at the biggest stage and nobody can take that away from him.

Ronaldo has had to deal with criticism ever since his early days at Manchester United. Thankfully the club and then-manager Sir Alex Ferguson knew he was made of the good stuff. He was trusted and given what he needed to become the world’s best footballer.

Former United team-mate, Rio Ferdinand, revealed a text Ronaldo sent him about a certain Lineker comment piece. Ferdinand told the BBC, as per SportBible: “It’s a great example to young players and he uses negativity as fuel. You’ve [Lineker] said some things like your preference would be Messi out of the two.

“You think, he’s done so much in his life, ‘Why do you care about what anyone says about you? You know you’re the guy.’

“It’s the competitive nature. That’s all it is. And you need that.”

I’ve always admired Ronaldo’s winning mentality and laughed at how some people read it as petulance. The same thing happened recently as Graeme Souness hit out at Bruno Fernandes for his recent displays at Euro 2020, but we can all agree the current Juventus star is a completely different animal in terms of performance.

Read more: Manchester United tell Borussia Dortmund how much they are willing to pay for Jadon Sancho