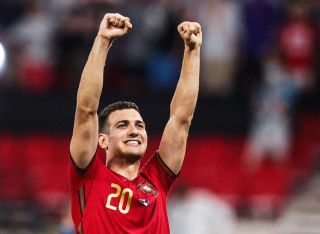 Diogo Dalot was called up to the Portugal squad for Euro 2020 despite never once making a senior appearance for his country. That changed against Germany and he played again tonight versus France.

It has been a great experience for the Manchester United full-back, who spent last season on loan at AC Milan, with plans for him to return to Carrington for pre-season training.

Seeing him represent Portugal at the Euros could give manager Ole Gunnar Solskjaer food for thought. It would be great to see a player return from a decent loan spell (AC Milan) as a better player after getting more game time under his belt.

Dalot came off the bench against France and didn’t waste any time after the match in posting a reaction as Portugal reached the knockout stages via Twitter.

He can only learn more from reaching the latter rounds of the Euros.