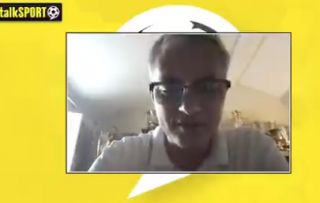 It’s no secret that Jose Mourinho and Scott McTominay shared a special bond during their time working together at Manchester United.

Mourinho spoke about the ‘special feelings’ he has for the Scotland midfield whilst appearing on talkSPORT on Tuesday morning. We’ve already ran a stories on the current AS Roma boss urging Bruno Fernandes to get back to his best for Portugal’s huge Euro 2020 group stage clash versus world champions France.

The former United manager admits that he loves Scotland and the ‘mentality’ of the people. He did some of his coaching courses there and also has a strong friendship with manager Steve Clarke.

He discussed McTominay, who has been a star player for Scotland at the Euros this summer, after initially introducing the midfield ace to United’s first-team at the end of his first season in charge.

“They know that I’ve spent amazing time in Scotland with so many friends when I did some of my coaching courses, they know that I love the country and their mentality,” Mourinho told talkSPORT.

“I think every one of my friends in Scotland know that I am with them, a part of that, Steve (Clarke) is a friend. I know the responsibility that a national team manager feels in these moments.

“McTominay is one of these boys that always stays with me, because you know they start with you and then you have this special feeling. So, yes, I would love to see Scotland make history and go through.

“That was clear with him in the second match, totally different to the first, so I think it’s a big blow for their team.”

“I love the country! I’m with them.” 🏴󠁧󠁢󠁳󠁣󠁴󠁿

“I’d love to see them make history. Scott McTominay is a boy that stays with me.”

José Mourinho says he loves Scotland and wants them to make history at the Euros. pic.twitter.com/OAB7mTY2OY

McTominay has since become a key player in Ole Gunnar Solskjaer’s starting eleven, and he’s getting better and better with time.