Manchester United’s pursuit of Borussia Dortmund winger Jadon Sancho has been widely reported, however, according to recent reports, Real Madrid could be preparing to hijack the Red Devils’ plans.

That’s according to a recent report from Don Balon, who claims new manager Carlo Ancelotti is a big admirer of the English attacker and would welcome him at the Santiago Bernabeu.

The outlet suggests that Dortmund are asking for £85m in exchange for Sancho – a figure United’s hierarchy is hesitant over parting with.

The Red Devils’ reluctance to act swiftly has opened the door for Real Madrid who would move for Sancho as a possible alternative for Paris-Saint Germain’s Kylian Mbappe.

Although it is still widely expected that Ole Gunnar Solskjaer’s men will eventually get a deal for Sancho across the line, these latest reports will certainly unsettle some. 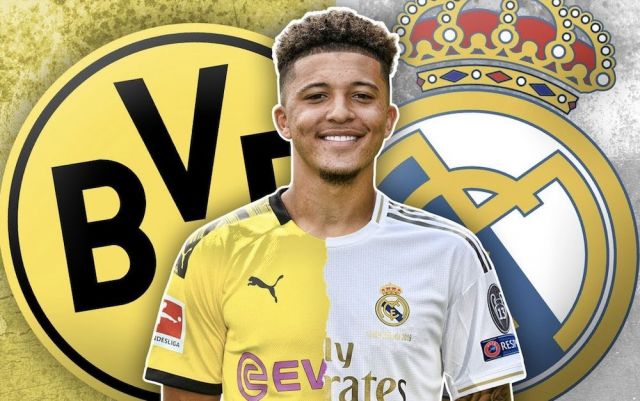 Real Madrid is likely to want to add a new attacker to their ranks after both Eden Hazard and Luka Jovic struggled to hit the ground running.

Sancho is currently away on international duty with England, but once this summer’s Euros is over, where do you seeing him playing his football next season? – Let us know in the comments.