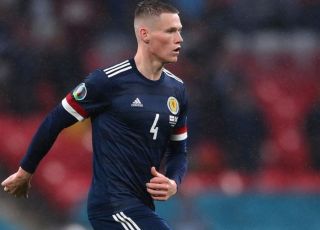 A solid display from Scotland secured them a point against England at Euro 2020.

England were clear favourites before the match, but they were far too slow in attack. Whether that is down to players not being fully up to pace or Gareth Southgate being unsure of his best eleven, it remains to be seen.

Manchester United’s Scott McTominay started the game in defence for Scotland and performed heroically, after a disappointing opening game – losing 2-0 against Czech Republic.

Scotland were lucky not to concede a penalty but ultimately, I think they deserved it on the night. England were poor and there was a lot of excitement about them after beating Croatia, but I have yet to be convinced by them this summer.

And like we said, McTominay played a key role in Scotland’s performance tonight, with a 100% tackle success rate, 4 ball recoveries and 2 interceptions – as per Statman Dave (@StatmanDave).

It’s always nice to know we have another backup option in defence because he looked really good tonight. Let us know in the comments section if you’d trust McTominay at the back in a United shirt (as a backup option)?