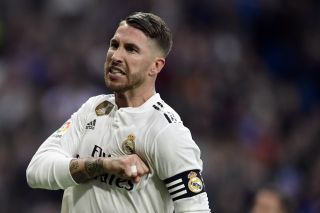 According to recent reports, Manchester United are one of just four possible destinations for Real Madrid’s Sergio Ramos.

That’s according to Spanish outlet AS, who claim the veteran skipper is wanted by four of Europe’s biggest clubs.

After it was confirmed earlier this week that the Los Blancos legend will be leaving the club in the coming days, several top pros, including Mesut Ozil have hailed the veteran defender.

The biggest legend in the club’s history is leaving @realmadrid. All the best on your next step, my bro. Still look back so fondly on our time spent together in Madrid 🤍 #theBestCBever @SergioRamos pic.twitter.com/FXbzwrjQvn

With the Spaniard’s time in Madrid seemingly coming to an end, fans have been left to wonder where he could play next. 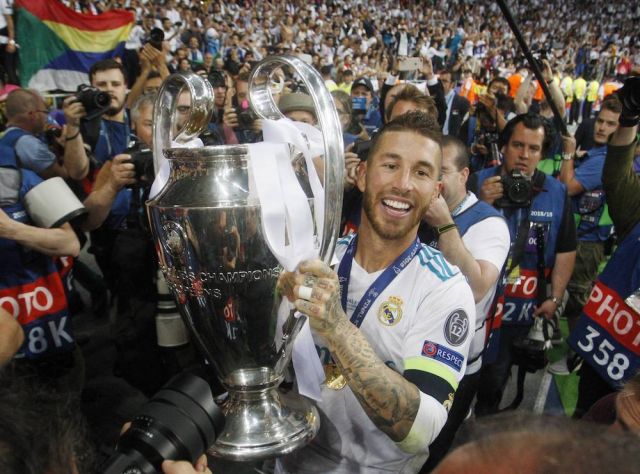 May 27, 2018 – Kiev, Ukraine – Sergio Ramos celebrates with the trophy after winning the UEFA Champions League final vs Liverpool FC, at the NSC Olimpiyskiy Stadium in Kiev.

AS claim that Ole Gunnar Solskjaer’s Red Devils are an option, with rivals Manchester City also in the hunt.

Alongside both Manchester clubs, AS believe Ligue 1 giants Paris-Saint Germain and Spanish side Sevilla are two other possible destinations.

However, leading journalist Fabrizio Romano has recently handed United, City and Paris-Saint Germain a major boost after he claimed that Sevilla is not interested in Ramos.

Romano has reported that world-class defender is currently holding talks with a different club.

Sergio Ramos will NOT join Sevilla. It’s never been an option, they’re not interested in Ramos and the comeback is not even considered. He’s in talks with another club, not Sevilla. ⚪️🇪🇸 #Sevilla #Ramos #SergioRamos