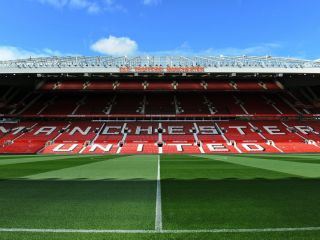 Manchester United will invest £11 million into Old Trafford and the training ground this summer after added pressure on the owners to address the deteriorating state of the club. Joel Glazer and his family were the subject of hostile protests towards the end of last season and have since promised to engage more with supporters.

Old Trafford has scarcely been maintained in the 15 years since the club was bought and issues include rusty hinges, broken doors, an insufficient roof and rodents among many others.

But according to the Daily Mail, the club will not invest £11 million into renovations this summer during the off-season as players jet off for vacation or international duty.

According to the report, new floodlights are set to be installed at Old Trafford and the AoN Training Complex. It’s also reported that 1,500 barrier seats will be added to the stadium in a bid to improve the atmosphere and work safe standing into match-days.

It’s also claimed that home and away dressing rooms at the stadium will be renovated, despite that being addressed as late as just three years ago. Players for both the men’s and women’s training are also set to have new training pitches, whilst Old Trafford will install covid-secure digital access and ticketing system.

The move will do little to repair the broken relationship between supporters and owners and any renovation involving Old Trafford must prioritize the leaking roof.