Gareth Southgate has given a positive injury update on Marcus Rashford after the winger joined up with his England teammates ahead of this summers European Championships. The 23-year-old has been nursing two injuries for most of the season but is set to feature for England this summer.

Rashford played with a troubling shoulder injury for large parts of the season before pulling out of the last England camp with a foot problem sustained in the 2-0 win over Manchester City in March.

But the problems are not expected to rule him out of action for England and the manager eased fears in his pre-match conference.

“He (Rashford) looks very bright,” Southgate said. “He’s had value from the time off we were able to give him off after the European final – of course a huge disappointment for him. Psychological freshness of having a short period off has been beneficial. He’s trained really well.” 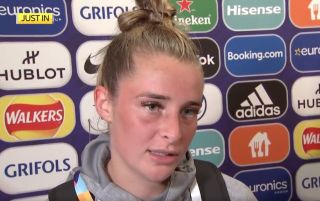 The news will come with relief for Ole Gunnar Solskjær, who will be depending on the forward once again next season. Rashford featured a whopping 57 times for United last season, playing every game in the Premier League before being rested for the final game.

England are one of the favourites for this tournament, having reached the semi-finals of the World Cup three years ago. The Three Lions kick off their push for gold on June 13, where they will face Croatia again.