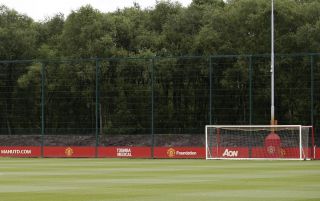 According to an exclusive article from Football League World, Premier League trio, Manchester United, Newcastle United and Leicester City are all in the race to sign Grimsby Town’s Ben Grist.

The young midfielder is expected to be on the verge of sealing a huge summer move.

Grist, who is a product of Grimsby Town’s youth academy is rumoured to be attracting the interest of some of England’s biggest clubs.

FLW claim that a move for Grist is likely to happen ‘sooner rather than later’ – suggesting initial talks have already taken place.

However, as United and FA Cup holders Leicester City were understood to be two of the first big teams to express an interest in the youngster, FLW now claims they have been joined by Steve Bruce’s Magpies.

Although it is now widely accepted that the young midfielder has a wealth of options, according to the Daily Mail, it is in fact the Foxes who are leading the race to secure his signature.

It is not yet known whether or not United or Newcastle will up the ante and try and snatch Grist away from Brendan Rodgers’ Leicester City.