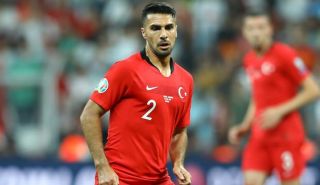 Right-backs continue to dominate Manchester United’s silly season and according to the latest reports, Lille right-back Zeki Celik is on their radar after an impressive campaign with Ligue 1 champions Lille.

It was revealed on Tuesday that United had begun to explore whether a deal for Kieran Trippier can be completed and this story follows the same path, with Solskjær’s intention to add competition on the right side of defence even clearer.

According to the Evening Standard, Manchester United are interested in Celik but face competition from Premier League rivals Arsenal and Tottenham.

Aaron Wan-Bissaka is still believed to be United’s first choice in that position but Ole will look at the impact Alex Telles had on Luke Shaw and will want to repeat the trick on the other side.

Celik, who has two years left on his contract at Lille, featured 29 times in their title-winning campaign and was a popular choice in fans Team of the Year.

The 24-year-old Turkey international is reportedly valued at €15 million should anyone try to secure his signature, with Inter Milan also believed to be in for the right-back if Achraf Hakimi leaves the club.