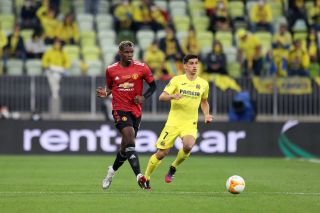 Moreno, who scored against United twice in the Europa League final (in normal time and during the penalty shootout), has enjoyed a brilliant campaign scoring 30 goals.

According to Fichajes, Atletico Madrid, Barcelona and Manchester United are all interested in signing the 29-year-old this summer.

The report does not give any indication whatsoever over how much money Villarreal would expect in return for Moreno – but it’s worth noting that Barcelona have already signed Sergio Aguero.

United, on the other hand, have Edinson Cavani but at 34-year-old he can’t be expected to play every week. That’s where Mason Greenwood will come in, as well as on the right, but having an extra striker would be a bonus.

I find it hard to imagine that Ole Gunnar Solskjaer will get everything he needs this summer.