Manchester United midfielder Fred is back training with Brazil after earning a recall to the national team squad.

The former Shakhtar Donetsk midfielder has been shoehorned into the team all season, only to form an effective partnership with Scott McTominay, in attempt to protect United’s back four.

Fred has been subject on criticism for his performances and didn’t start last week’s Europa League final defeat against Villarreal as Unai Emery won the competition for a remarkable fourth time.

Roy Keane went hard on Fred during Sky Sports’ coverage of United’s defeat against Liverpool before the end of the season. The Irishman said after the match: ‘I know Ole preserves with Fred but I can’t see it…

‘How they think Fred is going to get United back to winning titles I don’t know,’ Keane said as quoted by The Metro. ‘I know he [Solskjaer] dragged him off but even so it was sloppy, it was lazy. It is school boy stuff.’

Brazil manager Tite does not share Keane’s views on Fred, with the midfielder now back in the squad following a two-and-a-half year absence.

“It’s because of his performances,” Tite told ESPN after Fred’s return to the squad. “The high level that he has been showing at United, a team that is runner-up in the Premier League.”

Fred is in the Brazil squad for the upcoming World Cup qualifiers against Ecuador and Paraguay. It will be a huge personal boost for him and hopefully he can do whatever is need to earn a spot in Brazil’s Copa America squad. 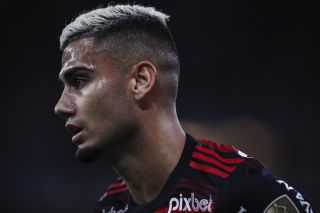 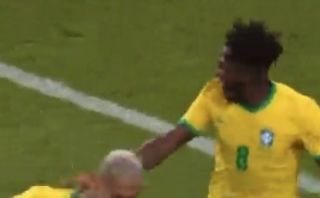