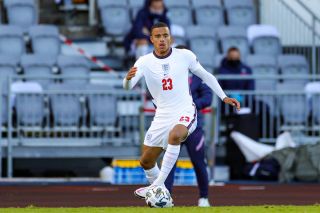 Mason Greenwood has withdrawn from the provisional England Euro 2020 squad, in order to recover fully from an underlying injury, while Jesse Lingard is apparent set to miss out on a place in the 26-man squad.

It sounds like the coaches and staff have come to the conclusion that a further spell of tournament football would not be beneficial.

For United, it’s great knowing Greenwood has the entire summer to recuperate and prepare for pre-season training, but I also feel for the young lad who was probably looking forward to his first ever major international tournament.

Read Manchester United’s statement on Greenwood withdrawing from the squad.

Manchester United have confirmed that @masongreenwood has withdrawn from the provisional #ThreeLions squad due to an underlying injury.

Hope to see you back to full fitness soon, Mason! 💪 pic.twitter.com/CAmNuaEY9A

A final decision on the Three Lions’ 26-man squad for the Euros will be made later today, but for now Dean Henderson, Harry Maguire, Luke Shaw, Jesse Lingard and Marcus Rashford are all involved in the senior set up.

Meanwhile, The Athletic claims Lingard will also miss out on England’s final Euro 2020 squad despite his impressive form on loan at West Ham.

Lingard spent the second half of the season on loan at the London Stadium and worked his way back into Southgate’s plans – but appears to have come just short for the Euro 2020 final cut.

Are you surprised by the latest on Lingard? I thought he has a very good season and deserves to be selected.