Dylan Levitt has been named in Wales’ international squad for Euro 2020.

The Manchester United youngster has endured a tricky 12 months, but it’s an incredible boost for the lad to be called up for his first international tournament.

Wales are in Group A with Italy, Switzerland and Turkey.

Levitt went on loan at the start of the season to Charlton Athletic where he struggled to impress and Lee Bowyer, who was in charge at the time, made it clear he preferred his more experienced options.

It didn’t help that Levitt had a COVID-19 scare which forced him into self-isolation, but he left Charlton after playing just five matches.

Croatian strugglers NK Istra came knocking and he helped the side reach the domestic cup final.

Levitt played nine games in total for the Croatian side, so he will be looking for a better year this time around, starting with the European Championships. He posted the following on Instagram after the squad announcement: 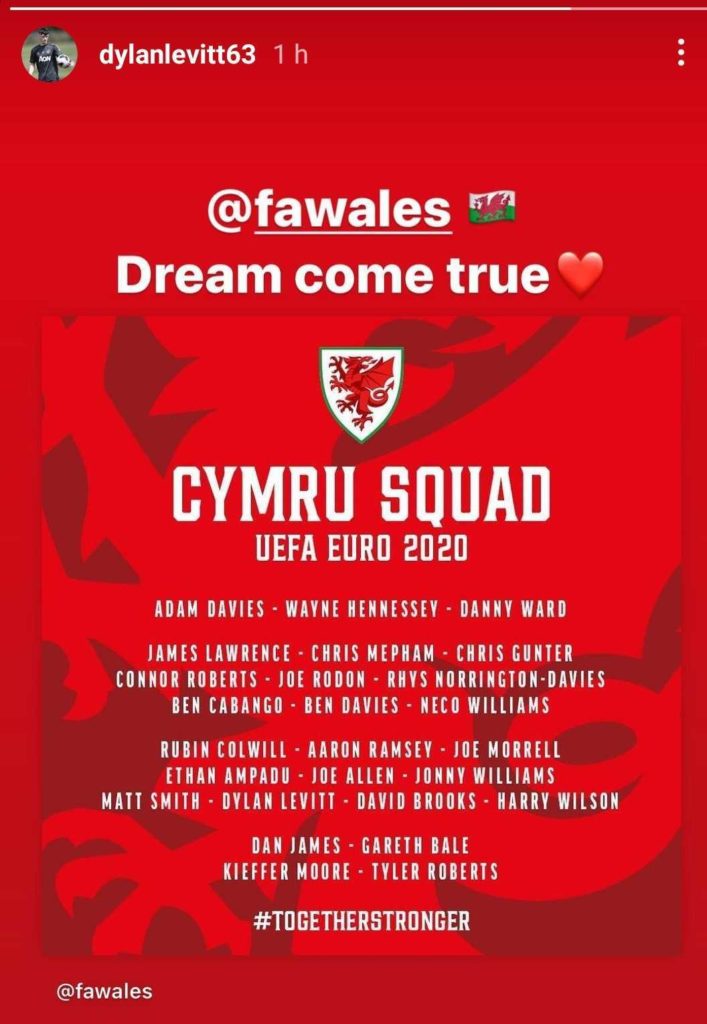 Throughout the whole season, Levitt played just 14 games which doesn’t compare to James Garner, who played 41 matches during his loan spell. Both players will be competing in the same position for years to come, so we’re intrigued to see the difference when the squad is back together for pre-season.