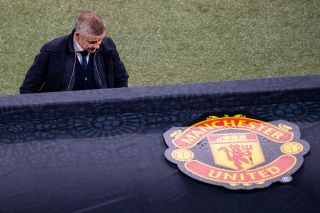 After finishing second in the Premier League and qualifying for the Europa League final, Solskjaer’s Red Army set on their travels to Gdansk, Poland. Villarreal awaited the chance to win their first ever major trophy and parked the bus in advance before riding their luck for 120 minutes by completely nullifying United.

It was a hard watch, but you would hope Solskjaer can make sure they don’t experience cup final disappointment next time around.

Let’s not forget how United were heavy favourites to go on and lift their first piece of silverware since 2017 – a trophy that would have silenced a lot of doubts around Solskjaer.

“I thought he was totally outwitted by Unai Emery in the Europa League final. Villarreal are not a great team, but he got out-coached.

“Arsenal got absolutely slaughtered for playing exactly the same way as United did against them. They were poor.

“You thought Solskjaer would change it. They had no pace up front, so what does he do? He puts Fred on!

“Marcus Rashford was having the worst game of his life. You have to see that as a manager. You have to accept it and take the guy off. And you have a goalkeeper who hasn’t saved a penalty in five years and never looked like saving one in the shoot-out. Take him off!

“It’s too NICE for me. Ole is everyone’s mate. He’s not ruthless enough. He probably didn’t want to upset people by making those subs.”

Merson, the epitome of a football manager.