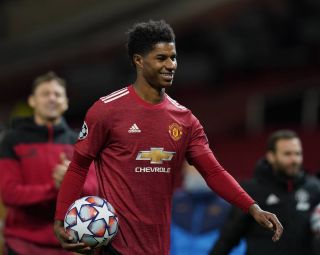 Not something we expected to ponder after the season Manchester United had in Europe this season, but thinking back to Marcus Rashford’s performances, they were some of his best of the campaign.

The English forward is third on the list of the 2020/21 Champions League top goalscorers despite not even reaching the knockout stage of the competition.

Rashford scored 6 goals for United in the competition – 3 against RB Leipzig, 2 against Paris Saint-Germain and one against Istanbul Basaksehir.

Unfortunately, Rashford’s form began to dwindle as the season went on which has a lot to do with an injury problem he has been suffering for a long time.

He was unable to inspire United to victory in Gdansk as we missed out on a trophy to end the season on a high, but we know he wasn’t 100% ahead of a busy summer.

Word on the street is he delayed an operation on his shoulder with the Euros coming up, which could mean he misses the start of next season for United. I certainly hope hot.