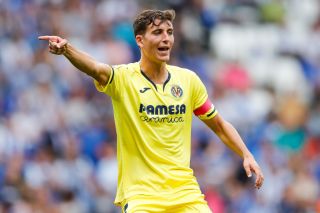 The president of Spanish side Villarreal has broken his silence on the transfer speculation linking defender Pau Torres with a sensational summer switch.

Despite recently guiding his side to their first-ever Europa League title after beating United on penalties during Wednesday night’s cup final, Villarreal could be set to lose one of their standout performers.

Having enjoyed another excellent campaign, Torres’ consistent displays have seen him emerge as one of Europe’s most highly-rated centre-backs.

Linked last summer to Manchester City and this summer to the Red Devils, surely it’s only a matter of time until fans see Torres seal a big transfer.

Weighing in on the possibility of losing one of their best players, president Fernando Roig has hinted that the club could be preparing for life without Torres.

Speaking recently to El Transistor, Roig, when asked specifically about Manchester City’s interest, said: “If they arrive with the money and the player wants to move. But there must be an agreement between all three parties.”

Torres has featured in 44 matches, in all competitions, this season and has even managed to directly contribute to five goals along the way.