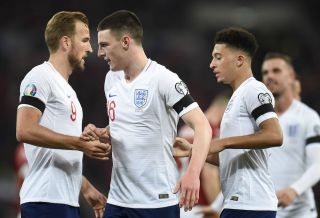 Manchester United have reportedly targeted four summer signings, worth a combined £300m, as Ole Gunnar Solskjaer remains determined to restore the club back to their former glory.

That’s according to the Guardian, who claims Solskjaer will spearhead a summer overhaul which could include as many as four new arrivals.

It has been reported that the club has identified a new centre-back, midfielder, wide attacker and a new striker as the areas they need to bolster.

The Guardian believe Solskjaer will push to sign at least one player for each of the required positions.

It is understood that combined, this list of names would cost the club at least £300m.

However, in an attempt to identify possible alternatives, it has also been noted that the Red Devils have also highlighted Real Madrid’s Raphael Varane as another summer option.