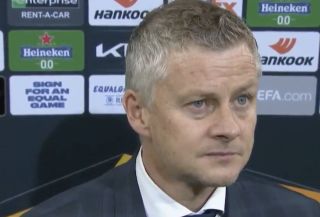 Wednesday night’s game saw the Red Devils square off against Spanish side Villarreal.

After 11 spot kicks for Villarreal and 10 for United, goalkeeper David De Gea was tasked with scoring to keep his side’s hopes alive.

Unfortunately, the Spaniard was unable to successfully convert his spot-kick and in turn gifted Villarreal the trophy.

Speaking after the game, Solskjaer, when assessing the match said: “We didn’t turn up.

“We didn’t play as well as we know we can do. I think we started alright – they got the goal [with] the only shot they had on target, they scored. […] After we scored, we couldn’t control the game and dominate as well as we wanted.”