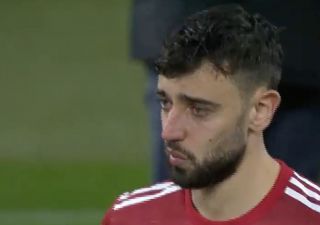 United, who squared off against Villarreal, were looking to lift their first major trophy since 2017.

However, after a whopping 21 spot-kick penalty shootout, the wait goes on.

The scenes after the game were as to be expected, a stark contrast between elation and deflation and no one summed it up better than Fernandes.