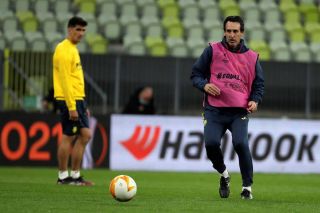 Atletico Madrid, Barcelona and Real Madrid compete regularly in the UEFA Champions League and they are three teams most Premier League clubs want to avoid in the latter stages of the competition.

It’s an all-English final this season (Chelsea v Man City) but the Spanish have a ridiculous record when it comes to European finals.

Although we’re not too worried about Villarreal tonight, we can’t ignore how well teams from La Liga travel in Europe — and our record this season isn’t too shabby, already knowing two Spanish teams (Real Sociedad and Granada) out of the Europa League.

Alex Shaw from ESPN has tweeted a statistic for Spanish teams competing in the Champions League and Europa League — over the past 20 years. 15 times a Spanish team faced a non-Spanish team with a 100% win rate.

Europa League and Champions League finals, of the past 20 years:

That may suggest United are up against it tonight but let’s not forget the attacking players we have in our side, and how Villarreal must find a way to stop them.

It’s the final hurdle of the season. The biggest one yet under Ole Gunnar Solskjaer.