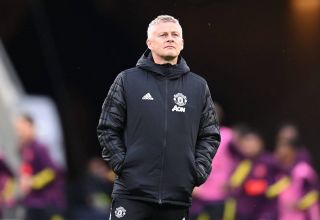 We’ve defended the manager time and time again on Stretty News throughout the season, with the strong belief that he was getting the most out of the current crop of players. The squad is in better shape than what it was and this still feels like the beginning of something bigger.

Winning the Europa League tonight against Villarreal could be a gateway for success. It will definitely show that this manager deserves backing in the summer and if the club itself is serious about getting back to winning league titles.

Solskjaer has insisted now isn’t the time to dream of winning his first trophy as a United manager, though. He told United’s official website that preparation will be key for tonight’s final against Villarreal:

“Well, the final, first of all, is the reward for all the hard work they’ve put down in the last two years. They have worked together as a group and the spirit is fantastic, so now we hope we can perform on Wednesday night because that’s the main thing. We will prepare as normal and then I’m sure the result can hopefully come.

“Of course, you can expect my answer – it’s something that you dream of. Now is not the time to dream though, now is the time to do the last preparations and don’t let your mind wander too much. We have to prepare as we normally do.

“As a Man United fan myself, of course, I’m looking forward to this and sometimes you have to dream. It’s hard not to, but you have to make sure you focus on the job.”

The message Solskjaer has sent out is clear – and it’s one for the players too.

Some might need telling not to focus on the celebrations afterwards. First they must win the match and hopefully get the job done in normal time.