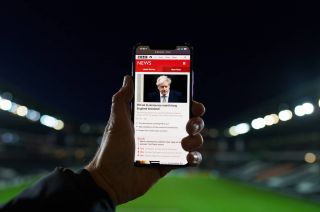 We haven’t heard the end of the European Super League. Stories will drag on throughout the summer and hopefully we’ll find out more about the decision-making process.

The Mirror have reported on a variety of allegations against Prime Minister Boris Johnston.

It is suggested that the PM met with Ed Woodward before the announcement was made, and he thought that it would be a “great idea”.

The government has previously claimed to be on the side of public opinion – so this is just more egg on Johnson’s face, which is something he is used to I’m sure.

The PM has a long history of failing to tell the truth. So, when he said he knew absolutely nothing about the ESL, why didn’t Johnson reveal that he’d met with Woodward just days before the announcement for discussions?

Time will tell if there is any major fallout from this, but I reckon Johnson will try act as if nothing happened so it can be quickly swept under the carpet.

Not on our watch and I suspect the media will double down on Johnson for this.