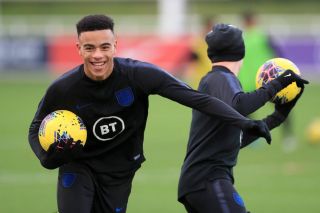 The England manager has selected a large 33-strong group but that will need to be culled to 26 by June 1. In previous competitions, managers were only allowed to select 23 players for the European Championships – but it is totally necessary to bring more players this year after the seasons they’ve all endured with fixture congestion and all of the problems that come with that.

Harry Maguire, Luke Shaw, Marcus Rashford, Mason Greenwood and Dean Henderson all make the cut this time around, while Jesse Lingard deserves some recognition too for his performances at West Ham during the second-half of the season.

England will face Croatia, Scotland and the Czech Republic in Group D this summer.

Ahead of naming his final #EURO2020 squad next week, Gareth Southgate has selected 33 players to join up with the #ThreeLions from this weekend as our preparations for this summer's tournament get under way.