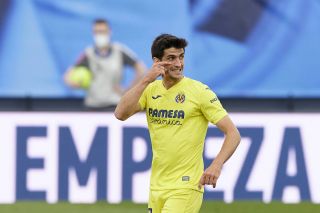 On Wednesday night Manchester United will be looking to end the season with some silverware when they face Villarreal in the Europa League final in Gdansk, Poland.

The Reds go into the game on the back of 2-1 victory over Wolves in the Premier League, whilst Villarreal were defeated 2-1 by Real Madrid at the Bernabeu in La Liga.

Harry Maguire remains doubtful for the clash with an ankle injury, however, Marcus Rashford and Bruno Fernandes are both widely expected to return to the starting eleven.

The Europa League may not necessarily have been at the top of everyone’s priority list this season, but in facing Villarreal on Wednesday night it presents Solskjaer a great opportunity to bring some silverware back to Old Trafford and in doing so end the season on a high.

Having already knocked out Arsenal in the semi-finals last month, Villarreal are no mugs and the Reds will have to be at their very best should they wish to win the Europa League. Gerard Moreno is arguably the Spanish sides biggest threat having scored a mighty impressive 29 goals this season and if United can stop him it will go a long way to stopping Villarreal.

The Reds away form has been particularly impressive this season and it will take another type of performance we seen against the likes of Paris Saint Germain and AC Milan earlier in the year to beat Villarreal and win the Europa League.

In what has been an up and down season at Old Trafford, winning the Europa League would be a perfect way to end the season on a high. It may not have been the season we had all hoped for but finishing second in the Premier League table is nothing to be smeared at and if Solskjaer can add winning the Europa League to the mix, then I feel it would make this season a successful one for the club.