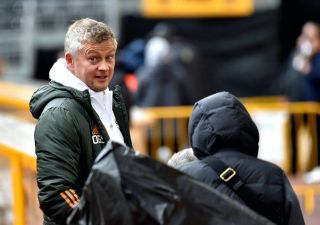 As Manchester United manager, these are the hardest decisions to make. Who to leave out of a final?

According to ESPN, Ole Gunnar Solskjaer has a huge decision to make on Wednesday night that is likely to see at least one player leave the club in the summer.

Ultimately, the report strongly suggests that whomever from De Gea or Henderson is snubbed for the eagerly awaited European final will leave the club in the summer.

Henderson has had a run in the team but his performance against Liverpool raised a few eyebrows. Although the team played poorly that day, it’s important to remember how many times De Gea pulled us out of the mud in average teams.

I have a feeling it will be the Spaniard who starts in Gdnask – and he will be our first choice stopper next term.

It is claimed that Solskjaer is torn between the two goalkeepers – but we’re sure he already knows who he will be picking for the match. He accepts that whoever is overlooked will consider the decision the end of their career at Old Trafford.

With that in mind, adding that it has come from a respected reporter when it comes to things United, suggests it we won’t have both De Gea and Henderson at the at Old Trafford next season.

Tell us in the comment section who would you prefer between the sticks against Villarreal?