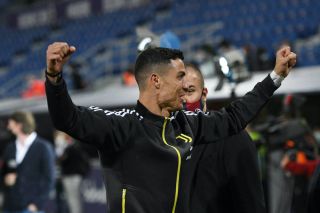 The 36-year-old scored 29 goals in Serie A this season, five more than Romelu Lukaku for champions Inter Milan.

The Portugal international was top scorer in England with United in 2008, and three times in Spain with Real Madrid whilst competing with Barcelona talisman Lionel Messi (2011, 2014 and 2015).

In all competitions, he has now scored 101 goals in Juventus after joining the club in 2018.

He was named on the bench at the weekend in Juve’s final league game of the season, winning 4-1 against Bologna to secure a top-four finish and Champions League football next season.

There is expected to be plenty of speculation about Ronaldo’s future, but he will be happy knowing they will be part of the Champions League next season.