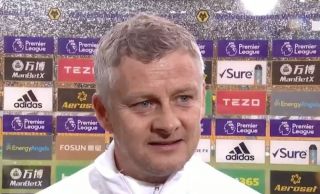 Speaking after his side’s final Premier League match of the season against Wolves, Manchester United manager Ole Gunnar Solskjaer has revealed that he is planning to discuss a new contract with midfielder Juan Mata.

Although the Spaniard has barely had any game time throughout the duration of this season, he was given a rare opportunity to impress during Sunday’s match against Wolves.

In what was a fine performance, capped off with a goal from the spot, speaking after the game, Solskjaer admitted that he doesn’t play the veteran enough but does plan to sit down with him to discuss the future over the summer.

“It just made me smile, all these players expressing themselves like we want to see.’

🔁 Ring the changes
💪 Come out with the win

A positive afternoon for Ole Gunnar Solskjaer and Man Utd ahead of a big Europa League final.

Would you like to see Mata stay on? – Let us know in the comments.