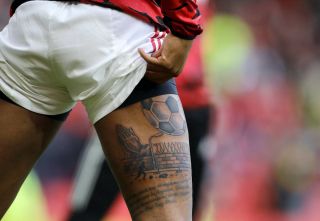 The expected Manchester United line-up to take on Wolves today for our final Premier League fixture of the season.

This is one of the hardest XI’s I have had to predict this season because Ole Gunnar Solskjaer could easily field an almost full of fringe players to keep the lads fresh for Wednesday night’s Europa League final.

I’ll make a bold prediction that Marcus Rashford will be the only player to start the two remaining fixtures. It feels like Paul Pogba has played the last few games on the left, in order to give Rashford a breather ahead of the final — but if he’s able to squeeze in these two fixtures I don’t see why not?

It might surprise you that I’ve included Lindelof in that list but he’s one of the players who has played a lot lately. I’m not sure what good it would do putting him through another 90 minutes today, and we’ve long accepted that he is error prone rested or not.

On top of that, I can’t see Solskjaer risking Fred or Scott McTominay as they are already touch and go to be fit to face Villarreal in Gdansk.

Anthony Elanga, Hannibal Mejbri and Shola Shoretire should all get minutes too.

Let us know in the comments section if you think Solskjaer will rest key stars at Molineux.

One response to “Manchester United predicted XI v Wolves: One key player to start with Gdansk in mind”