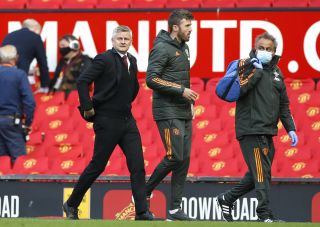 So, the season is finally coming to an end after what seems like about five years. We do have extra business to take care of in the final of the Europa League next Wednesday. What a spectacle that would have been for a full stadium and fans enjoying the lovely city of Gdansk. But at home, pretty much all is done and finished with. One or two European qualifying spots need to be sorted out, but the main business of who won, and who got relegated, is long since known.

We had a sense a few weeks back that the runners-up spot was pretty much stuck on for us. Our points and goals difference were certainly more favourable than those in the chasing pack. The teams below us were due to face one another in their remaining games also. Talk emerged of running Manchester City even closer for the remainder of the season to leave the title celebrations on ice. Two home defeats put paid to all of that, and we left wondering “What if” for another season. Our first home game in front of fans resulted in the point that ensured our placing. Not exactly an inspiring way to end a season for many. But sticking in that place was huge for us. Wasn’t it?

It can, and has, provide the motivation and spark for a title challenge. Final-day losses in 95, 98, 2002 and 2012 fed the sense of anger, hurt, resentment and determination to go again the next year (and often a few in a row) to emerge top of the pile. Sides who had been written off and dismissed, only to prove their critics wrong when it came down to it. They were not allow themselves wallow for too long or feel sorry for themselves; Utd players knew their own qualities and wanted to get back to the very top again.

Even in 2006, the seemingly unbeatable empire of Jose and Roman suffered a few wobbles as we appeared as late challengers to their crown. A season of chaos, on and off the pitch, came together towards the end as future greats arrived at the club, silverware was won, and existing stars begun to shine. We ended up eight points behind them that year. The doubt was set in the mind of our foes, aligned with the emphasis on attacking from the front, resulting in us wrestling back our trophy.

The recent past can demonstrate that this doesn’t always pan out. Jose Mourinho claimed upon his sacking that the best achievement he had was managing to finish second with that set of players in 2018. Some may have believed this, but in reality it was a campaign which his failings begun to show through alarmingly. We finished second but we were nowhere near in contention. City were nineteen points ahead and could have been more. United had their highest points total in a season since Ferguson, but an increasingly dour playing style. We failed to score on eight occasions, only got one in seven, and became more known for stopping sides play. Not a proud boast no matter what Jose and his weirdo fans might believe.

Any hope this placing could have led to a league challenge the following season, quickly fell apart. Jose’s magic had been evaporating and disappeared altogether. He fell out with his expensive squad, rallied against the owners, annoyed supporters and was sacked before Christmas.

We need to finally get some success on the field against Villareal next week to get back on track. Not many players in this side have medals with us and will want to alleviate that. It would provide us a certain amount of credence again and the hunger to gain more. We do need to make additions to the squad in particular positions. Fringe members of the squad might well be making their final appearance tomorrow against Wolves too.

It’s not as easy as thinking, “Well, we finished third last year and second this year. Title here we come!” The championship is likely to be even more tough next season as sides around us get players back from injury and strengthen themselves. But we are not as far away as people might imagine either. It was dropped points at the start of the season, and a run of two wins from eight around January to early March, which properly did us in. Better results against sides who are in the bottom half of the table would make us a far more dangerous prospect. Especially if we can start improving the form at Old Trafford. A few tweaks here and there and we could be a serious contender.