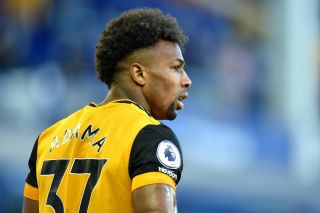 Manchester United will be looking to end the season on a high when they take on Wolves at Molineux on Sunday afternoon.

The Reds go into the game on the back of a disappointing 1-1 draw with Fulham at Old Trafford, whilst the hosts were defeated 1-0 by Everton at Goodison Park midweek.

Ole Gunnar Solskjaer is widely expected to make a host of changes to his starting eleven to face Wolves with David De Gea, Donny Van De Beek and Mason Greenwood all expected to start.

With second place in the table secure and with the Europa League final to come on Wednesday night, you could forgive United for not treating Sunday’s game as the biggest of the season but despite that is still offers United a chance to finish the season on a high and in facing Wolves it provides Solskjaer a great opportunity to do so.

Wolves have endured a poor season this time round under Nuno Santo and look a shadow of their former selves from last season. Having finished seventh in the previous two campaigns it was always going to be hard for Nuno Santo to continue that impressive form and with Wolves struggling for form this is a game, which United will undoubtedly go into as favourites.

The Reds away form has been particularly impressive this season and if United can put in a repeat of the type of away performance we seen against the likes of Manchester City and Tottenham earlier in the season then United should gave too much for Wolves and take all three points.