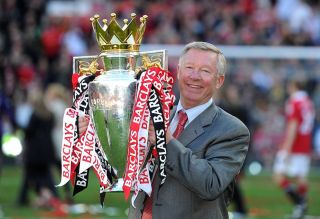 Sir Alex Ferguson has opened up on his long-term rivalry with Liverpool during his days at Manchester United.

The legendary Scot took over at Old Trafford in 1986 during a time Liverpool were dominating English football. His task was set in stone – to know the Scousers off their perch.

Ferguson won 38 trophies during his 26 years in charge at United, including 13 Premier League titles.

During his time in charge, Ferguson never shied away from a battle. He would go head-to-head with rival managers and it would hurt them every time he came out on top.

During an interview with Gary Neville, the former United manager was asked about whether a hatred of Liverpool helped keep the desire to keep defeating them.

Ferguson said, as per MEN: “It’s my respect for Liverpool.

“When I was the manager of St Mirren, I went down to Liverpool’s training for a week and I saw the intensity of their training, the consistency they had, so when I came to United, they were winning all the titles.

“It’s like when I was at Aberdeen, there are only two teams you need to be in Scotland to win everything, that’s Rangers and Celtic.

“When I came to United, there was only one team you needed to beat to win the league an that’s Liverpool. That was my intention.

“I put everything into producing a team to beat them, not necessarily beat them every game but beat them throughout the weeks.

“I knew if we beat Liverpool, we’re on the right path.”