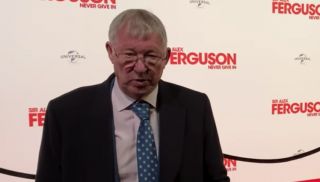 Hats off to Jay over at Stretford Paddock.

In a quick interview with Stretford Paddock, Ferguson spoke about the difference fans made on the terrace, and was also able to reference which players weren’t available to play a FA Cup third round match 30 odd years ago…

Jay admits in the video below he had to pinch himself a bit whilst interviewing the legendary Ferguson. We certainly don’t blame him for being a bit of a fanboy. It’s Sir Alex after all!

Ferguson also fancies our chances to win the Europa League next week.

Great to see the boss looking so well.