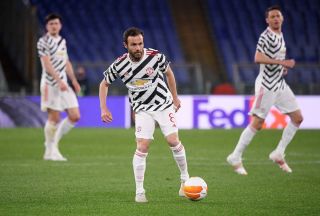 A decision will be made on Juan Mata’s future at the end of the season.

Ole Gunnar Solskjaer kept his cards close to his chest during his press conference this morning, although he did reveal plans to make two or three signings in the transfer window.

The Norwegian was asked about Mata, who has endured a difficult year off the pitch, and on top of that hasn’t played a lot of football.

“We’re talking to Juan,” Solskjaer said, as per MEN. “We’ve had good dialogue, good discussions and that dialogue will continue. Let’s see what he wants to do at the end of the season.

“He’s such a top professional, a very good player. It’s hard for me not to play him more than I have done. There have been circumstances this season, personal issues that made him less available, but still he is a top player.

“That decision will be made after the season is finished.”

At 33, Mata knows he won’t get much more game time at United next season, so I suspect he will move on – maybe closer to home in Spain.

Losing a personality like Mata is always going to be a huge loss, but ultimately we need to fix our problems in midfield by moving on those who are no longer good enough. Every season the team progress, the aim must be to get better and that’s the only way to challenge Man City for the Premier League title.

The starting duo in midfield – Fred and Scott McTominay – forces more questions than answers, so what is the standard we are trying to reach? There appears to be some confusion around that.

Do you think Mata warrants a new deal at United? Let us know in the comments section if you would give him a contract extension this summer.