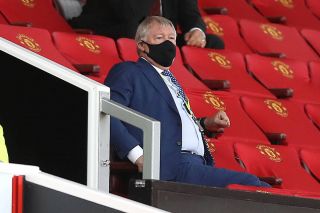 Whenever we see a great player at Manchester United again, we’ll think about how they would have got on in one of Sir Alex Ferguson’s great sides.

We’ve seen so many great players down the years go on to win the lot wearing the Red shirt. I look at Bruno Fernandes and think he belongs in the same category as plenty of them.

Fernandes has transformed the team with his drive, ambition and technical ability. He’s been a breath of fresh air and the best player in the Premier League since his arrival.

You hardly thought his contribution had gone unnoticed by Sir Alex Ferguson, eh?

“He’s been fantastic the lad,” Ferguson said, as per the Mirror.

“He has scored important goals and even when he’s taking penalty kicks he’s very, very confident about them. I can’t even think of a goalkeeper who has got anywhere near his penalty kicks.

“So he’s calm, his shots from outside the box are always a threat and he’s got that thing that United have really needed over the last few years, the ability to make a pass in the final third and open up defence, I think that’s important.”

The Portugal star has won his individual awards since joining the club, but next week he has the opportunity to win his first proper trophy as a United player.

We won the Europa League in 2017 and have many happy memories from that campaign. It helped when fans were allowed to visit new destinations across Europa as part of their away trips, but we haven’t seen enough of that in the past year due to the coronavirus pandemic.

Fernandes will be hungry for success on Wednesday night. There’s no question about that.