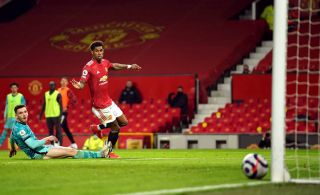 Marcus Rashford has become the youngest person to top The Sunday Times Giving List – the annual measure of philanthropy among the super wealthy.

This looks at the amount of money donated to or raised for charity against the Rich List wealth valuation for those individuals or families.

Rashford also appears in the Young Rich List for the first time with a fortune put at £16m. Not only is he a star for Manchester United, he successfully lobbied the UK Government into a U-Turn over its free school meals policy.

This all came during the pandemic. When Liverpool wants to furlough staff only for the backlash to force them into a U-turn.

He was awarded an MBE in October 2020 for going out of his way to help vulnerable children during the pandemic.

Rashford can end the football season on a high before turning his focus on the European Championships. Next Wednesday, the Reds face Villarreal in the Europa League, trying to win the tournament for a second time in our history.