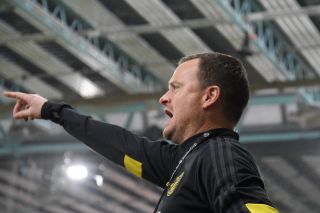 Manchester United U18’s have never failed to entertain this season.

Even though things did not go their way in two important and crucial moments of the season, in terms of development, United were among those teams that benefited the most. In 24 games, Manchester United U18’s scored 79 goals, conceding 27 goals in the way. The players learnt several things the hard way, however I consider these to be lessons on being humble, working hard and not taking things for granted.

Considering this season’s performances, it is definitely hard to choose the top three nominees for the Jimmy Murphy award, something that coach Neil Ryan will have to, and then pick a winner. It will be a difficult task for the manager to do, but I do think that the players will discuss those displays and make sure they repeat the same next season, probably in the Reserves. Until then, here are my three nominees for Manchester United U18’s Player of the Year:

Charlie McNeill – 21 appearances, 24 goals and 6 assists (U18’s Premier League North). This kid is a goal machine and I personally think that this expression still does not do justice to his level of performances in the U18’s. It is true, the player came with a bit of a reputation as a goal-scorer, but he has improved in other aspects of his game. While we all enjoyed Charlie’s four goals against City, the support to his teammates and the goal set ups have been a delight to watch as well. You see more of this when he usually plays alongside Hugill. Movement in the box is better, service as well and he is indeed a natural when it comes to scoring. Unbelievable talent, already breaking records.

Martin Svidersky – 20 appearances, 1 goal and 1 assist (U18’s Premier League North). Compared to McNeill’s statistics, Svidersky’s may not satisfy the eye of many, but I prefer to call him Mr. Reliable. There is a good reason why he captained the U18’s for a good part of the season and then later was promoted to the Reserves’ team. In terms of consistency, he is the standout player of the season, not only offering the right balance in the team, but also leadership. The crazy statistics the U18’s have had this season are also due to the amazing work the midfield did throughout the season. One particular game many might not remember was the first game against City. Exceptional passing, great game reading and a goal out of nowhere.

Charlie Savage – 23 appearances, 3 goals and 7 assists (U18’s Premier League North). The definition of improvement in multiple positions. Charlie was mostly played as a centre – midfielder during the regular season and was in charge of break up play. He mostly loves to go box-to-box and never in fear of making a tackle. The Welsh youth international was dropped into defensive midfield once Svidersky was promoted to the Reserves’. Despite this change in position, Savage continued the good work giving coach Ryan options due to the injury crisis and players moving to the U23’s. Well, his adventures were not over. He played at left back against Salford City, playing very well and due to this Neil Ryan gave him another chance against Wolves, and again he made the best out of it.

Verdict: Coach Neil Ryan will have a difficult task to choose given  the exceptional performances of his team. While it may seem easy to say give it to Charlie McNeill, the Goal Machine, this team showed us several times that they do not depend on one player only. One thing they never lacked was character, even in some difficult moments of the season, they just had that spirit and turn things around. A special mention for Dillon Hoogewerf and Charlie Wellens among others, as they both changed their game in the second part of the season. This team may come around as cheeky, fun – loving, but when it comes to business, they are incredible in what they do. However, with 24 goals for the season, four goals against City and winding Liverpool up by ending their title hopes, Charlie McNeill was definitely the star of the shows the U18’s put up during the season. If he continues this, guess we will be hearing a lot about the boy next season.