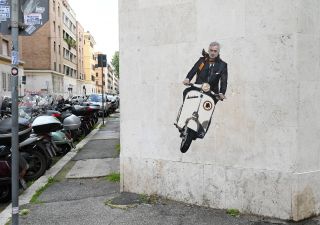 Just two weeks after being sacked by Tottenham, it sounds like Mourinho is back planning for the future with the powers at AS Roma giving him another chance to manager in Serie A.

And it sounds like he wasted no time identifying his first target from a previous club.

Mourinho has signed Matic twice before, first when he was at Chelsea and then against at Old Trafford, and reports suggest he’s keen on another reunion.

The 32-year-old doesn’t play regularly and has been overlooked this season by Fred and Scott McTominay. Now it sounds like United want to cash in.

According to Corriere dello Sport (H/t Metro), Roma are in the driving seat to land Matic, who has been labeled a ‘priority’ target in the report.

Sounds like his relationship with Mourinho pays dividends time and time again.