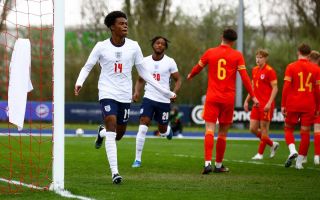 According to Bild (H/t Sport Witness £), Aston Villa want a fee of around €15m for teenage sensation Carney Chukwuemeka.

The German newspaper claims Borussia Dortmund are very keen on the central midfielder, which shouldn’t surprise anyone since they regularly dip into the English market for upcoming talents.

Chukwuemeka is Austrian-born with Nigerian descent but our understanding is that BVB and other German clubs are actively seeking talent from the English market. That’s how they acquired Jude Bellingham a year ago – and Jadon Sancho some years ago.

Manchester United are said to be interested in the 17-year-old but they are not alone, with Man City, Bayern Munich and PSG. He only made his Premier League debut against Tottenham last night and he’s already being linked to the biggest clubs in the world.

With six goals and two assists from just four appearances in the FA Youth Cup this season, the 6ft1 midfielder has a high ceiling.