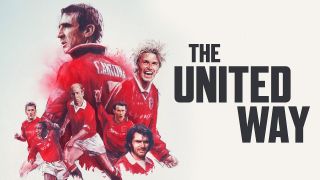 Eric Cantona has co-written and narrated the film, The United Way, which examines the key moments in Manchester United’s history. Several club legends (including David Beckham, Andy Cole, Peter Schmeichel and Ole Gunnar Solskjaer), fans and admirers have come together for a special documentary.

It goes back to the Busby Babes’ success, the Munich Air Disaster and how Manchester United was rebuilt before the Sir Alex Ferguson years. We dominated throughout the 1990s – winning the famous Treble in 1999.

United fans will be delighted to hear this is one of two must-watch movies for Reds to be released this month. Incidentally, another documentary about Sir Alex Ferguson’s life story is due to hit Amazon Prime.

The United Way is available to buy now on DVD and Blu-ray. It can also be downloaded from iTunes, Google Play and YouTube.

Moreover, it’s coming to Sky Documentaries and NOW on Friday, May 24.