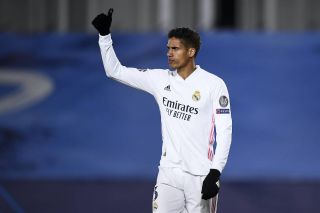 That is according to Fabrizio Romano on the Here We Go podcast, with Varane’s future at Real Madrid up in the air at the moment. The reliable Italian journalist suggests that United will have to wait to see what happens with the managerial situation at the Bernabeu.

There’s a common view in Spain that Zinedine Zidane will no longer be in charge next season, which could impact Varane’s decision as well as other players. They won’t be getting Mauricio Pochettino because he’s recently joined PSG, and Ole Gunnar Solskjaer is happy at Manchester United.

Jokes aside, United could really do with a signing like Varane. We need to fix our problems at the back if we want to compete for the Premier League next season. The Frenchman would be a huge upgrade on the inconsistent and unreliable duo act of Victor Lindelof and Eric Bailly.

We could be signing a player who has already had a great career in Spain. By joining a Premier League club his main objective would be to win the league.

Just what we want, right?

The Mirror previously reported that United could tempt Real Madrid with a £40m offer for Varane, knowing his contract expires next year.

Do you think Madrid would accept £40m for one of the world’s best defenders?