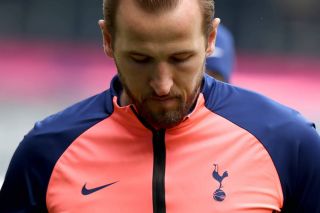 According to Ian McGarry on the latest Transfer Window Podcast, serious negotiations are underway between Manchester United and Harry Kane.

The England international wants to leave Tottenham after a report did the rounds on Monday suggesting that he wanted to switch clubs this summer.

Manchester United are one of the clubs credited with an interest, and McGarry is led to believe that they’ve opened dialogue with the striker about moving to Old Trafford.

“Now, Harry Kane confirmed out story by representatives briefing the media on Monday that Kane has asked to leave Tottenham and also that United, City and Chelsea are interested in signing him,” McGarry said on the podcast.

“Our information is that United are the only club so far that have entered into serious negotiations with Kane representatives regarding a contract, which could be worth around £300,000-a-week, a substantial upgrade on what he earns at Tottenham Hotspur.”

Adding a player like Kane the squad would make United title contenders.

Unlike Spurs, we are in the Champions League next season and I think we’ll have a much better campaign ahead with the right additions.

Kane is one of those players you need to sign if they become available.

Let us know in the comments section if you think United will sign Kane this summer?

17 responses to “Harry Kane in talks with Manchester United over bumper £300,000 p/w contract”