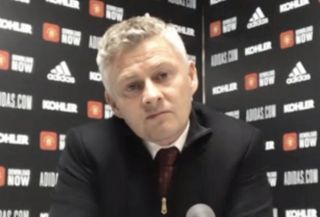 Manchester United manager Ole Gunnar Solskjaer has offered a positive update regarding the possible availability of Anthony Martial ahead of the Europa League final later this month.

Martial has missed his side’s last 12 games in all competitions through injury.

However, speaking after his side’s 1-1 draw against Fulham on Tuesday, Solskjaer has revealed that he’s ‘hopeful’ the French striker could be back in time for the Europa League final against Villarreal on 26 May.

Solskjaer’s comments come shortly after France manager Didier Deschamps declared Martial would not be fit enough in time to be included in the national side for this summer’s Euros.